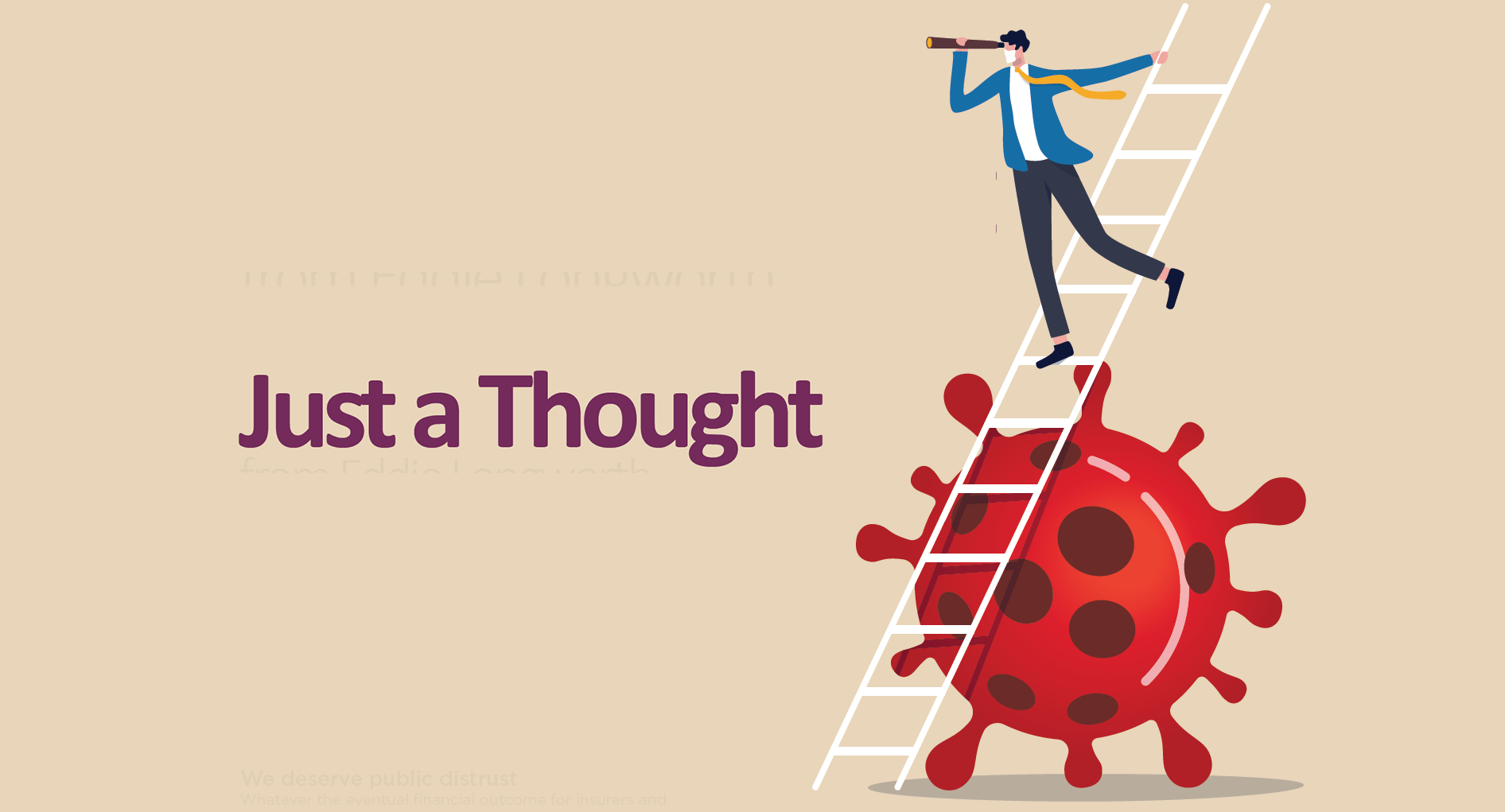 I am not one of these ill-informed and often ignorant headline writers who argues that insurers should pay out on all claims at any time, simply because the paying public ‘deserves’ settlement. Pandemic or not, every honest claimant has the same sense of entitlement at the time of their claim and woe betide the finances of an insurer who bows to policyholder pressure and is too lenient in managing claims ratios and costs. To adopt the stance regularly demanded of us by those who should know better is the road to financial ruin.

However, at the time of writing, it is the failure of insurers to pay out on Business Interruption claims that is making the news, and not just in the more obscure financial pages. Just a few days ago, the FCA largely won its argument in the courts against a representative sample of insurers and policy wordings, although, no doubt, the army of lawyers involved will be girding their loins for the appeal process. At some stage, the deserving policyholders will receive the monies they have always been due whilst many more will remain disappointed and, no doubt, the dust will eventually settle.

Whatever the eventual financial outcome for insurers and policyholders alike, you can bet that the popular perception of the insurance industry as money-grabbing claims refuseniks will have been reinforced by this whole sorry process. Once more, we will be painted as the villains of the piece, and it seems to me that we have only ourselves to blame.

Firstly, we write policies and sell them to the unsuspecting public with little clarity on exactly what is covered and what isn’t. Nor do I restrict my comments to the BI space. My successful application for private health insurance ran to 73 pages of incomprehensible nonsense, which fell at the first hurdle when I tried to make a simple claim for referral to a medical specialist, and even the claims handler misunderstood the policy coverage!

Secondly, in almost every single claims department I have consulted with (and there have been a lot over the years!), one of the key measures of success is the ‘repudiation rate,’ followed closely by ‘cancellation/withdrawal’ ratios.

In other words, we measure a part of our success on what proportion of initial claims we manage to avoid paying! I have never, ever seen a monthly KPI that reports the other side of the coin – the percentage of claims that we actually do pay. This usually only features in the annual reports of insurers when it suddenly becomes important to play the game of being a customer-centric organisation.

Thirdly, we have allowed ourselves to become a largely pricedriven commoditised industry in which notions of value, service, and fairness are too often left at the door when we arrive at the office. Why it should ever take a regulatory body to establish the imperative to ‘Treat Customers Fairly’ and to protect vulnerable customers is surely worthy of a Ph.D., thesis in self-inflicted pain.

Don’t misunderstand me. Those whom I have worked with over the years know that I have little tolerance for the ‘softly softly’ school of claims management. But to me it is beyond comprehension that in our race to the bottom of the pricing ladder we somehow seem to have lost our core values of integrity, honesty, and fairness along the way.

If the pandemic achieves nothing else, let it be a time to pause, reflect, and consider a better way to establish our true value as an industry and as a claims profession amongst our policyholders and the public at large.